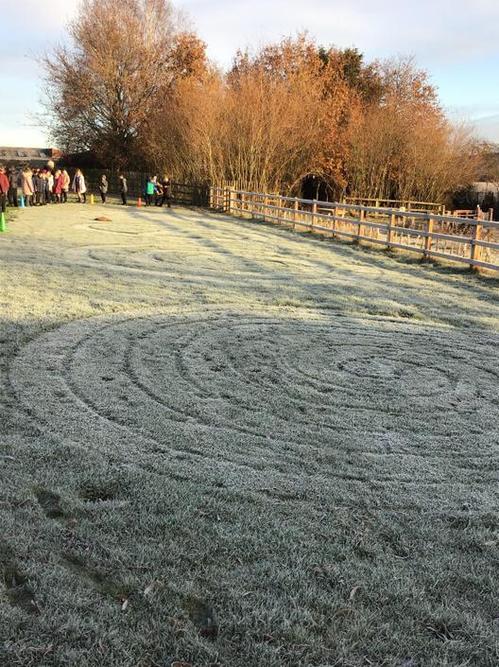 There was great excitement in school just before Christmas and not linked to the usual festivities!

There had been reports of strange lights around Newent and when everyone arrived at school, the following Monday, huge crop circles had appeared on the school field. Whilst outside, with the children, checking for signs of pranksters or possible alien visitors we noticed television helicopters circling overhead. The Y5/6 children, who coincidently were studying space, were enthralled and instantly began coming up with theories and were inspired to write some great news articles.

It was not until after lunch, when I had caught our school caretaker chuckling in the staff room that I realised we had all been hoodwinked! Mr Mitchel had noticed the children had been studying space and thought it would be fun to sneak in over the weekend and mow some crop circles on the field!

Because the writing was so awesome I think we’ll forgive him this time!